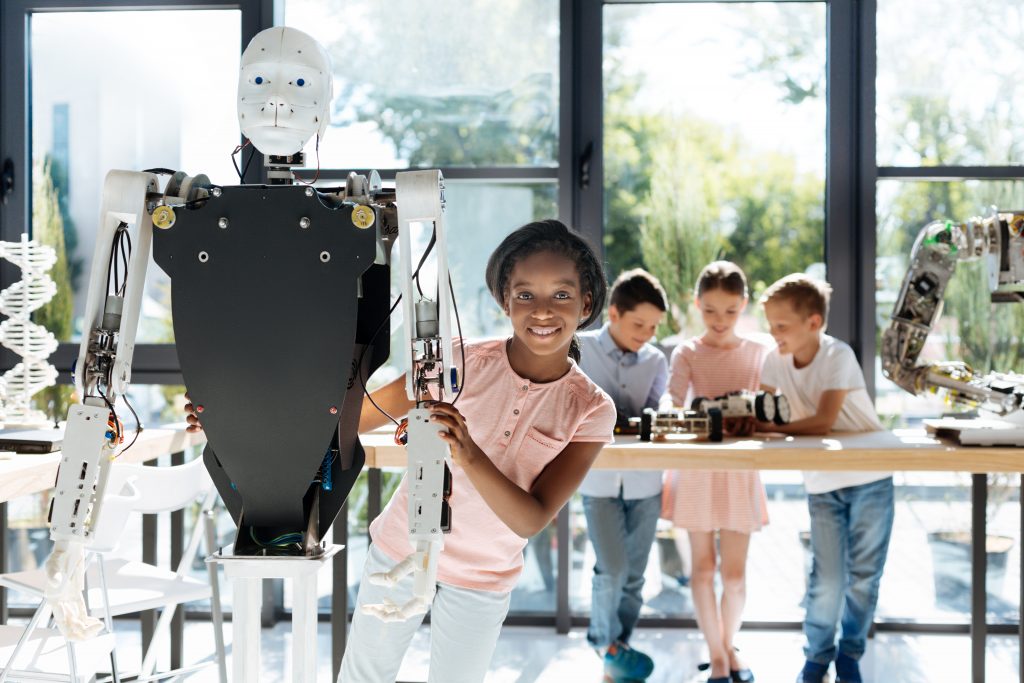 The first five ELSA Labs were told last January by the Netherlands Organisation for Scientific Research (NWO) and the Netherlands AI Coalition (NL AIC) that they will be receiving significant funding from the National Science Agenda. And that has not gone unnoticed. There is already a lot of international attention for these co-creation environments in which public and private parties look together for ways of achieving reliable and human-centric AI solutions.

“What makes our country pretty much unique is the smooth way in which many different parties work together,” says Emile Aarts. “When the NL AIC was set up, for instance, it involved not only companies and centres of expertise but also various ministries. And the nice thing about it is that these ministries aren’t trying to control it all but are genuinely acting as equal partners.” Aarts is a professor of Computer Science at Tilburg University, specialising in data science and artificial intelligence, as well as leading the working group on Human Centric AI, one of the five building blocks of the NL AIC.

What is the aim of the ELSA Labs?

These principles of cooperation have also been maintained when setting up the ELSA Labs, in which the Netherlands is currently taking concrete steps towards reliable, human centric AI solutions. ELSA is short for Ethical, Legal and Societal Aspects and those three areas are the focus of the ELSA Labs. Broad-ranging agreements about ethical, legal and social aspects are in fact essential if reliable and human centric AI is to be achieved. Governmental authorities, the commercial sector, educational and research institutions and civil society organisations are all involved in the ELSA Labs.

Marloes Pomp, who works for the NL AIC on the approach to the ELSA Labs and setting up a European network of them, observes that there is also a lot of interest in these initiatives from Europe. “At international meetings, I regularly get asked about how we get the various parties involved in developing human centric AI. And I note that they don’t just want to know more about it but that they’re also curious about how they can take part themselves.”

The aim: a European ecosystem

“They don’t have to be carbon copies of the ELSA Labs in the Netherlands,” says Emile. “Every country has its own culture and challenges, so I can imagine that each one will do it in a slightly different way. But it would be nice to have a European ecosystem of organisations in the near future, investigating what ethical, legal and social preconditions a specific AI solution should meet in practice and what is needed for actually implementing reliable, human centric AI that all the stakeholders are happy with.”

“Cooperation like that on a European scale is an ambitious goal,” he adds, “and to be honest, we didn’t expect to be ready for that at this stage. But given the international attention for the ELSA Labs, the time seems right for it after all.”

In the meantime, interesting things are happening abroad as well. FARI, a Belgian institute focusing on AI, was launched above Brussels Central Station last year, for example, aiming to bridge the gap between AI experts, the commercial sector, the general public and local organisations. “My understanding is that they also want to open an AI experience centre there,” says Marloes. “What they do there could also provide some interesting lessons for us. And vice versa: they can benefit from our experiences with the ELSA Labs and during the AI Parade. That exchange of knowledge could accelerate the development of human centric AI quite a bit.” She sounds hopeful. “That’s why we’re now looking into how we can create a European network of ELSA Labs together with other countries. When it gets mentioned in passing, I can tell that there’s a lot of enthusiasm for it.”

The biggest challenge for developing human centric AI, in the Netherlands and elsewhere, is finding a way of actively involving the public in the development of AI solutions. That is an important condition for achieving reliable and human centric AI solutions. “It’s not simply a matter of broadcasting public service ads on the telly,” stresses Emile. “We really want to engage in an interactive dialogue with as many different target groups as we can, and we think we’ve found a good way to do that now: libraries, nationwide. There are about twelve hundred of them in the country, getting about seventy million visits a year. No festival or whatever can compete with that.” He laughs. “We see the libraries as twelve hundred potential venues. We want to organise public discussion sessions throughout the country, under the name ‘AI Parade’. We’ll be starting with pilots this year in a dozen libraries; three have now definitely agreed to take part and we’re still in talks with the others. The AI Parade involves colleagues from various NL AIC parties working together, by the way, including the Culture and Media working group and the Human Centric AI building block. They are working together with the National Library of the Netherlands, which is taking on the role of project implementer.”

Funding for scaling up rapidly

The first five ELSA Labs were told in January that they will receive a total of €10.9 million over the next five to six years. These labs focus on various areas: defence, security, media, nutrition and health. Thanks to this funding, the five ELSA Labs now have an opportunity to scale up quickly. And that is just the start. There will be two further calls from NL AIC, with ten other ELSA Labs also receiving funding. The first of these two calls will be issued this year. And if all goes well, these Dutch ELSA Labs could become the precursors of a European ecosystem.

If you’re interested in more information about the ELSA Labs, take a look at this page about the ELSA concept, with an overview of the labs, or read the position paper ‘ELSA Labs for Human Centric Innovation in AI’.