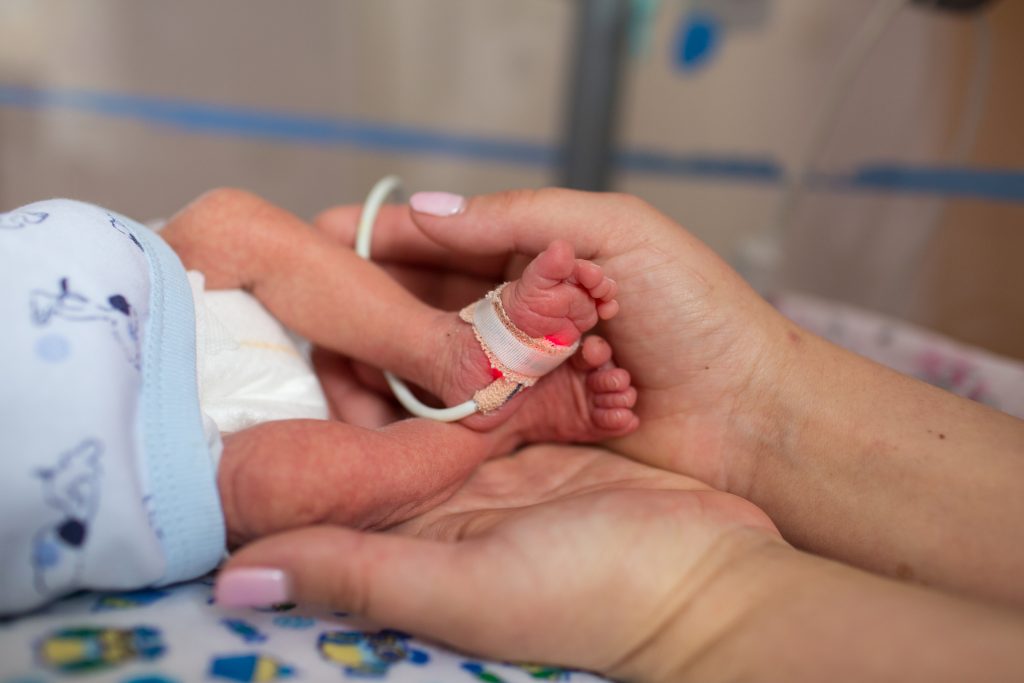 Big Data 4 Small Babies, a team of machine learning engineers from Xomnia and developers at the University Medical Center in Utrecht (UMCU), has developed a model to help doctors determine with more certainty whether or not a premature baby has late-onset neonatal sepsis (LOS).

The Neonatal Intensive Care Unit (NICU) at UMC Utrecht is one of the top 10 NICUs in the Netherlands. At the NICU, premature babies and other babies born with defects or illnesses are carefully monitored and treated. A common type of disease among babies at the NICU is late-onset neonatal sepsis (LOS), which can be challenging to accurately diagnose due to its varying, non-specific symptoms.

As LOS can sometimes be fatal, doctors often prescribe courses of antibiotics to babies showing some of its symptoms, even before medical tests can conclusively diagnose the infection. For instance, in 60% of the cases, antibiotics were given to patients as a precautionary treatment; however, blood tests turned out to be negative. Unnecessary administration of antibiotics has a negative effect on the quality of life for the babies and is associated with a greater risk of bacterial resistance to antibiotics in their bodies.

The goal of Big Data 4 Small Babies was to use Big Data to assist neonatologists in the decision-making process, with the ultimate goal of lowering the amount of antibiotics administered. The desired outcomes are increasing health benefits for the patients and decreasing costs for the hospital.
In collaboration with other partners, such as Finaps in the Applied Data Analytics in Medicine (ADAM) programme, the team created a classification model that acts as a decision support tool for neonatologists. To create the model, the team used data collected from various sources at the NICU, such as blood test results, heart rates etc., which was combined with the assistance of a medical expert and later cleaned. This data was used to engineer the model’s features and to develop a decision tree (or a machine learning model).

Use of AI: helping doctors determine a diagnosis

The outcome is a model with a technical back end, where the technical team can import data and a prediction comes out, and a private website that doctors will be able to use to determine the likelihood of a specific patient at the NICU having LOS. The website at the moment is located on an internal server run by the department, and there are plans to integrate it into the systems that the doctors use.

When the solution is complete, doctors will be able to input a patient’s name and number and run a test. Based on the data extracted from the databases about a patient’s vital details, a calculation will be done after which the model will give an answer to the doctor in the form of a high or low probability of a baby having the sickness. The ultimate treatment decision, however, remains in the hands of the doctor.
Due to the European Medical Device Regulation (MDR) and the high impact of the predictions of the model, its implementation and its integrated application need to be thoroughly evaluated before clinical implementation.

The first testing steps were taken by running a pilot in which doctors recorded cases where they suspected sepsis and their reasoning behind their suspicion for 20 babies at the NICU. This was subsequently compared to the model output. In this limited test setup, the model showed that it has the potential to lead to 20% fewer treatments being administered. However, as the model is still an MVP (most viable product), further validation steps are required. The full scope of this model is therefore yet to be explored after it enters the implementation phase.