Robot journalists make inroads in newsrooms, but not without human colleagues 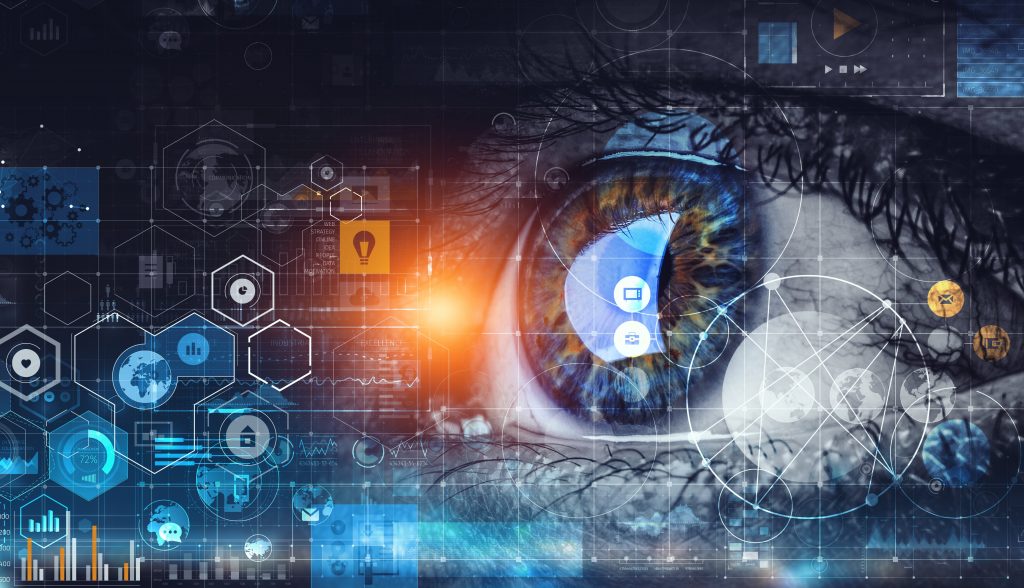 In a series of reports and interviews, we reveal in close cooperation with Innovation Origins, what the average Dutch citizen is noticing when it comes to Artificial Intelligence (AI). How can we, as human beings, keep our fingers on the pulse? Fears, opportunities and dilemmas are dealt with. After all, just as the brain is still the most elusive part of our body, artificial intelligence is still very much an undiscovered country. That our brains control our bodies, is something we have long come to accept as human beings. This is not the case for the way in which AI is gradually taking control of our society step by step. We would love to have a few more hearty debates about that. This article is about AI in media.

Many people start the day with the newspaper or a news app. For others, the news moment is at a different time of day. The majority of Dutch people, 84 percent, read or watch news at least once a day, according to the 2019 Media Monitor. But what if some of the news is written by robots? Robotic journalists are on the rise, and that has advantages and disadvantages. On the one hand, news can be much more personalized. That offers opportunities to serve people even better. But it can also cause people to end up in a so-called filter bubble. They then only read or see the news that ‘fits their street’.

For everyone
There is plenty of experimentation going on with robot journalists. These are algorithms that can write news articles at lightning speed. Especially in America such systems are already regularly deployed on editorial boards. Also in the Netherlands editors are looking at the possibilities. For example, during the last provincial council elections, the NOS used a robot to write a news report on the results in each municipality. “We can normally never write an article for every municipality. Then we only choose the large and conspicuous municipalities,” says José de Vries, Product Innovation Manager at NOS Lab.

Using this robot, the public broadcaster wanted to see if there is a need for such news coverage. “That turned out to be the case, as every municipality was looked up,” says De Vries. “People still like to know the news in their own municipality and those of friends and family.”

Templates
The election robot of the NOS worked – like most other robot journalists – on the basis of a template. This is a human-made text with variables in it. Figures can be entered here, such as election results, sports results, the weather or figures from the business world. During elections, for example, party names and seats won can be entered. In addition, the robot can calculate percentage differences. By attaching a value to this, such as “a small difference,” “substantial losses” or “a huge blessing,” the article takes shape.

People still indispensable
Despite the smart and fast system, human journalists were indispensable, according to De Vries. “During the last provincial council elections, Forum voor Democratie (FVD) participated in the elections for the first time. So FVD went from zero to a certain number. That caused the system to label FVD as the fastest-growing party everywhere. Of course, that gave a distorted picture,” she explains. A journalist must then provide interpretation, for example, by explaining that it is a new party.

We asked a number of Dutch people for their thoughts on robot journalism. They generally see robots as a good addition to the human response, such as for articles based on figures. “But I think humans will always be needed to make connections reasoned from a human, empathetic brain,” it is said. That strength is also a pitfall. “People can write with feeling and convey it. That can be very good, but the risk is that the journalist will bring their opinion into the article.”

Differences
Michiel Timmers, a technology consultant at Ernst & Young, conducted research during his Business Information Management studies into the difference in readers’ perceptions of automatically generated articles and those written by humans. Half of the respondents were given an article written by a robot and the other half an article written by a human. The result: readers could not tell the difference between the robot and the human when reading one article. Only when they read several articles in a row did differences emerge. Because of the template used, all articles written by the robot looked about the same. Readers noticed this. Human writers have more creativity and write each article in a different way.

That human creativity is necessary, according to Timmers, to really add news value to an article. “Readers don’t just want to know what the final score is at a soccer game, they also want to know how the match went. A person can write about exciting moments and fierce fouls in words and colors; readers find that interesting,” he explains based on the results of his research.

Credibility
Respondents did find the robot’s articles credible. “Readers like consistency. If we read information in the same way twenty times, we will automatically take it for truth. That’s exactly what happens with texts created by robots,” he explains. But that can also be a pitfall. “Media and companies that use such robots must be sure that they are entering correct and objective data. Otherwise, the robot will use wrong information.”

Self-learning system
In addition to templates, deep learning can also be used to write articles. In doing so, an algorithm learns from previously written texts. Based on this, it creates its own running text. This is a self-learning technology, so media never know exactly what choices the system has made. This technology is less developed and therefore less used. A few months ago Alexander Klöpping and Ernst-Jan Pfauth had their weekly podcast – a podcast about the media – written by GTP-3. This is a language generator based on artificial intelligence developed by OpenAI (the company founded by Elon Musk, among others).

The journalists had given the system GTP-3 the transcripts of previous episodes and based on that it wrote a new episode. Some parts were almost indistinguishable from real ones, but there was little cohesion between the passages. In addition, some of the content didn’t make sense at all. For example, it was about a great-grandfather who was said to have been an astronaut. That information is incorrect, if only because space travel has not been possible for very long.

Despite the fact that the work of GTP-3 was not flawless, the journalists also had some positive things to say. Afterwards, they said that the robotic system had taken over the interaction between them and the jokes they make fairly well in the episode. The robot had learned that based on the transcripts.

A potential bubble
With the rise of robot journalists – of various shapes and sizes – even more information will be available in the future. “People will then be able to read news that is completely tailored to their interests, for example, their own region, area of work or hobbies,” says De Vries of the NOS. The risk of this is that people end up in a bubble in which they only read information that is in line with their thinking. An important task of journalism is to shed light on a subject from different angles so that readers can form their own opinions and adjust them as they go along.

Humans irreplaceable
A robot could take over some of the work of human journalists. This mainly concerns simple texts based on structured data. A human writer can then use creativity and empathy to turn these into a complete article. In addition, humans are also needed to comply with basic journalistic principles such as adversarial techniques. A robot cannot, for example, conduct an interview the way humans can. De Vries: “We must use technology to create more and better stories. It is a support that can have a lot of added value.” Timmers and De Vries agree: robots can be a good addition, but they cannot replace human journalists so far.