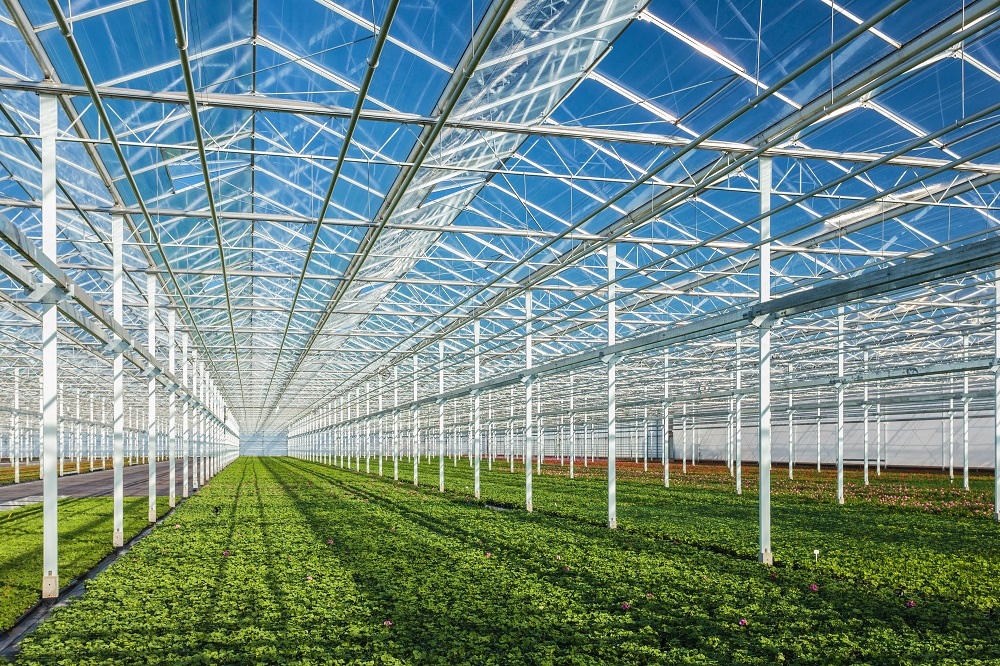 In a series of reports and interviews, we reveal in close cooperation with Innovation Origins, what the average Dutch citizen is noticing when it comes to Artificial Intelligence (AI). How can we, as human beings, keep our fingers on the pulse? Fears, opportunities and dilemmas are dealt with. After all, just as the brain is still the most elusive part of our body, artificial intelligence is still very much an undiscovered country. That our brains control our bodies, is something we have long come to accept as human beings. This is not the case for the way in which AI is gradually taking control of our society step by step. We would love to have a few more hearty debates about that. This article is about AI in agriculture and nutrition.

The future of farmers: keeping an eye on all the processes behind a computer screen while robots do the work on the land. This is essential in order to meet the growing demand for sustainable food. Dairy products that pay attention to animal welfare, perfectly ripened fruits and vegetables without pesticides. We place ever-greater demands on our food. Beautiful round tomatoes sell better than misshapen ones, yet more sustainable food production is needed to preserve the environment. The pressure on agriculture is mounting. Farmers will soon need robots to meet all these demands. Smart machines that will do the day-to-day work. But what will farmers do then? “Check from the confines of their control room whether the processes are running smoothly. And fine-tune them where necessary,” says Erik Pekkeriet, Agrofood Robotics programme leader at Wageningen University & Research (WUR) in the Netherlands.

These changes on farmyards are necessary because agriculture and horticulture are facing three major problems. First, the world population is growing, so there are more mouths to feed around the world. Secondly, there is a permanent shortage of staff, e.g. for harvesting fruit and vegetables. Finally, consumers are wanting sustainably produced food more and more. That does not initially sound like a problem, but it can be, or at least might become, a problem for farmers. “If farmers stop using pesticides, they will have to keep a more watchful eye on their crops to prevent diseases, for one thing. That will cost more man-hours, while there’s already not enough staff,” Pekkeriet notes.

Agriculture and horticulture are facing the dawn of a fascinating revolution. That is a hefty word, but it also signifies a major change. There are already robots milking cows, but in the next few years many more smart robots will be introduced into the daily routines of farmers. As a result, farmers way of working is bound to change completely. Robots can keep a much better eye on crops than humans can. A robot can use sensors to measure each plant to see how it is doing. This enables a robot to recognize diseases sooner. Another advantage is that robots can also be used to replace human labor, e.g. to refill feeding troughs or to harvest fruit and vegetables.

At Wageningen University & Research, for instance, researchers are working on a robot that can harvest peppers autonomously. The robot scans the peppers with a special camera. Using an algorithm, the robot knows what shape and color the peppers should have when they are ripe, so it knows which peppers are ready to be picked. Nowadays, robots are already being used increasingly more for logistical tasks, e.g. to transport vegetables or fruit autonomously from the main aisle in the greenhouse to a shed.

Autonomous weeding is a fairly simple task. “The robot can scan the plants using optical technology. You can then easily teach a robot which plants have to remain where they are and which can be removed,” says Geert Hermans, Top Sector Innovation Manager Agro & Food at Zuidelijke Land- en Tuinbouw Organisatie (ZLTO, the Southern Agriculture and Horticulture Organization in the Netherlands). Picking fruit and tomatoes is more difficult. These are often grouped in clusters and hidden behind leaves. The robot then has to perform more operations before it is able to pick the fruit. In addition to his position at the ZLTO, Hermans also has his own wine estate in Schijndel in the southern Dutch province of Brabant. This is how he combines policy matters and practical matters as well as possible.

Have you already spotted these kinds of robots driving around farmers’ yards? In any case, Pekkeriet and Hermans certainly have. The use of robots and artificial intelligence can resolve several problems. According to them, most farmers are open to innovations such as robots. “A robot has to work properly, and it has to be interesting in terms of cost. These are the main criteria that we hear other farmers insisting on,” Hermans says.

Hermans is currently looking into the possibilities of data analysis for agriculture. With the right kind of data, the algorithms in these robots can be developed even further – you can see them a bit like the thought processes inside the brain. “A lot of data is collected, for example by equipment such as tractors,” he says. By analyzing the data, farmers learn more about their land and are able to capitalize on that knowledge more effectively. “But it is still very difficult to analyze things properly. Every farmer collects data in a different way or maps it out differently, which makes it difficult to compare the results with each other,” says Hermans.

That’s why he is advocating a basic structure for data that is collected. ” We can gain so much from this,” he argues. “If all the data is structured in the same way, it will be easier to feed it to an algorithm. That will then be able to see connections and map out actions very quickly.’ In order to develop that kind of basic structure, various companies, scientists and governments will have to work together. “This is a challenging task, but everyone benefits from it. It will provide new insights and ultimately lead to better and more sustainable agriculture,” Hermans adds.

The robot is also capable of learning from its own actions on the basis of the collected data. It then sees what works and what doesn’t and will do things differently next time. This allows the same robot to work slightly different for each farmer in order to organize their own processes as optimally as possible. For example, the robot sees in the soil analysis that certain areas are drier at certain times. It then gives these plants extra water.

We conducted a survey among a number of Dutch people about AI on farms. They saw the practicality and the need for using robots in agriculture. “I think a large part of agriculture will be automated in the future,” was what was generally said. Someone else who agreed said: “I hope that food will be cultivated in a more natural way as a result, with respect for nature.” And it was also pointed out: “Although we will never be able to do without farmers entirely. Machines can take over heavy work, but farmers will still have to keep an eye on everything.”

These advances with robots also have a downside. “Since simple tasks are automated as part of a process on a farm, all that remains are the difficult tasks for people to carry out. That makes their work become more and more monotonous,” says Pekkeriet. “For example, somebody used to pack vegetable crates. At the end of the day, they would see a large pallet with all the crates stacked on top that they had packed. That gave them a feeling of satisfaction. Now people only do one small task and then the crate work gets done automatically. So, you no longer see what you have done.”

In the end, Pekkeriet thinks that robots will end up doing most of the work on farms. “Keeping an eye on the robots, cleaning the surroundings and possibly carrying out maintenance are tasks that people will still have to do,” he notes. But he doesn’t believe in the hype of cobots (collaborative robots, ed.) working shoulder to shoulder with people in a dynamic space. “These autonomous robots move really fast. That can be dangerous for humans. That’s why I think the robots have to work in a shielded area.

What will agriculture look like in thirty years from now? “Farmers will probably no longer be sitting on tractors, but will instead be managing their farms via a control room,” says Pekkeriet. “At the end of the morning, they will do their rounds in the outdoor air, enjoy the countryside where their products are growing and think about what they can improve that afternoon. By doing that, they will ensure that a lot more sustainability takes place.”

This article has been written bij Linda Bak and is part of a serie of articles in cooperation with Innovation Origins. The purpose of the serie is to feed the dialogue about AI. If you have any questions, please do not hesitate to contact Carina Weijma.