Skip to content
Home > News > Future wars will not only be waged with bombs, but also via hackers
Share
LinkedIn
Twitter
WhatsApp
Email
Print
Copy link

Future wars will not only be waged with bombs, but also via hackers 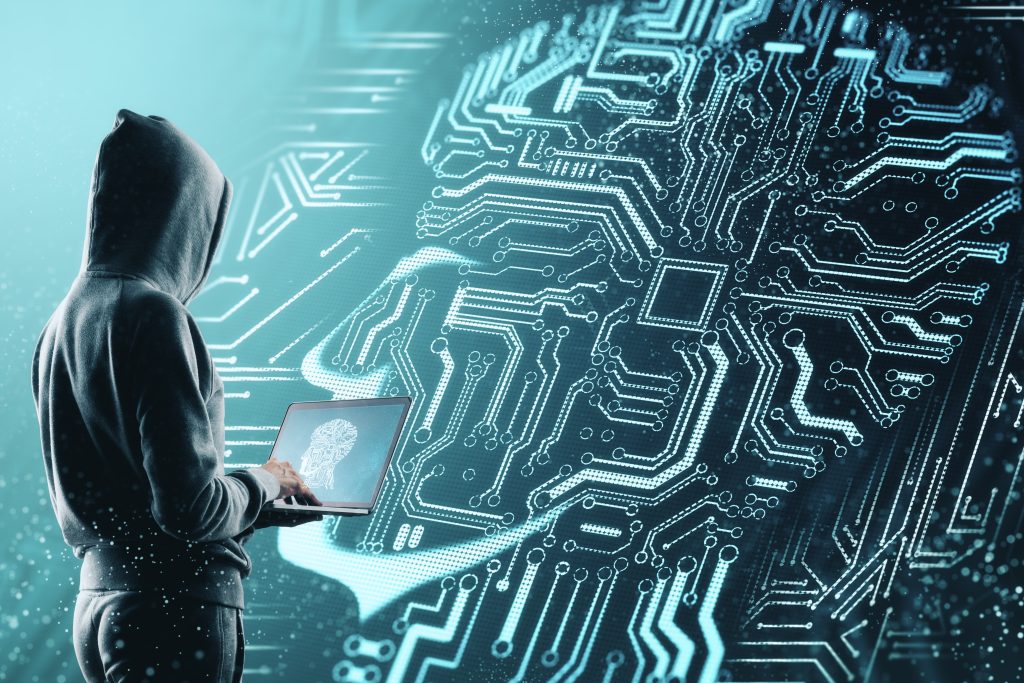 In a series of reports and interviews, we reveal in close cooperation with Innovation Origins, what the average Dutch citizen is noticing when it comes to Artificial Intelligence (AI). How can we, as human beings, keep our fingers on the pulse? Fears, opportunities and dilemmas are dealt with. After all, just as the brain is still the most elusive part of our body, artificial intelligence is still very much an undiscovered country. That our brains control our bodies, is something we have long come to accept as human beings. This is not the case for the way in which AI is gradually taking control of our society step by step. We would love to have a few more hearty debates about that. This article is about AI in Defence.

The world is changing with the rise of artificial intelligence (AI). So is the way countries wage war in the future and also how we must defend ourselves against this threat.

When we think of robots in the military, the fear of autonomously-shooting drones and vehicles that move without any human intervention quickly tends to take over. According to Jeroen van der Vlugt, Chief Information Officer (CIO) at the Dutch Ministry of Defence, this is still only a small part of AI in the military. Moreover, that is a long way off in the future. If it ever even comes to that. In Europe, it has been decreed that AI will never be used for lethal activities. This also applies to the Dutch Defence Department. There is always human supervision of the systems in place there. That said, other countries may experiment with the technology in a different way. “Consequently, we do research on this to build up our knowledge on it,” van der Vlugt says. Van der Vlugt sees a lot more opportunities for robots, AI and data science at the Ministry of Defence. For one thing, autonomous robots can do work that is dangerous for humans. Such as searching for roadside bombs or reconnaissance missions in enemy territory.

Smart vehicles and drones collect a vast amount of data this way. By conducting various analyses, new information can be extracted from this that previously had remained hidden. “This is really something of the last few years,” says van der Vlugt. “Before that, we didn’t have the sensors to collect data nor the computing power to process it.” Of course, this applies not only to the Ministry of Defence, but also to other companies and organizations. Van der Vlugt was active in the business world for many years before his position at the Dutch Ministry of Defence. He worked at KPN and Atos, among other places. “I deliberately switched to an organization with more social relevance,” he says. Although he certainly sees similarities.

“The process of digitalization and the emergence of AI is no different at the Defence department than it is at companies,” he contends. According to the CIO, it starts with the digitalization of existing processes in the office, enabling existing work to be done more easily and quickly. Consider, for example, video meetings and the automatic archiving of files. The second step is to exploit new opportunities that digitalization offers. Algorithms can, for example, predict when equipment and vehicles need to be serviced. This saves time and money. In addition, this technology can provide more efficient logistical processes.

The third and final step entails a change in primary operational processes. “As an example, we can make military decisions faster based on all the data that has been collected,” says van der Vlugt. In addition, warfare as we know it today is set to change. ” In a conflict nowadays, we often use weapons that have an effect in physical spaces, such as bombs and bullets. That may shift to warfare in the cyber domain. For example, using malware to attack a country’s vital infrastructures.”

In that third step, when it comes to the transformation of primary operational processes, there is indeed a difference between the Defence Department and companies. After all, the Ministry of Defence is responsible for protecting our country. This includes the capability to wage war. There is no other organization in the Netherlands that deals with this. This complex task raises a host of ethical issues. Ethical frameworks are very important according to the CIO. “When we deploy AI, we always make sure we have a defined task. People always specify a certain bandwidth in which the autonomy of the system is allowed to take place,” says Van der Vlugt. This way, the algorithm can never start doing something that is not part of the task description.

In addition to the digitalization and modernization of existing products and processes, a whole other dimension is emerging: The cyber domain. “That is unexplored territory,” van der Vlugt maintains. “Which, in turn, also raises huge ethical issues.” Nowadays, the Netherlands can be attacked not only on land, at sea or in the air, but also in the cyber domain. For instance, vital parts of society, such as the energy supply or telecommunications, can be brought to a standstill by cyber attacks. Important information from the government or large companies can also be stolen digitally. How are we going to protect ourselves against this? It’s a complex question for which there isn’t a clear answer as yet.”

One option is to monitor incoming and outgoing data traffic. This could include a payment to a web store on the other side of the world, or a Skype call to a colleague abroad. This has met with some resistance because of privacy concerns. “In the Netherlands, privacy comes before state interference,” he notes. “While in other countries, privacy is secondary.” What makes the situation even more tricky is that attacks in the cyber domain are often fairly anonymous. “It’s not always clear whether it’s a criminal group or a state actor. A combination, where a criminal organization works for a state actor, is also a possibility,” he goes on to say.

It is also still unclear which organization will be tasked with the virtual protection of the Netherlands. The Ministry of Defence is an option, but the police or the Ministry of Justice and Security could also be involved. Although Van der Vlugt is already convinced that the Ministry of Defence will play a role in virtual defence. “There would then have to be new legal frameworks for the tasks we undertake,” Van der Vlugt feels. At the moment, the Dutch Defence Department is only allowed to take action if instructed to do so by the government, in some situations by Parliament and in other cases by the competent authority.

Are we not already too late in creating such legal frameworks? After all, the technology to attack countries in the cyber domain is already out there. “Technology is always ahead of legislation,” van der Vlugt points out. “We also built cars before we figured out that traffic rules and laws would also be useful. The same goes for cyber technology. There were nuclear weapons first, and only after that, were any international rules concerning proliferation established.”

In terms of cyberattacks, does it really need to go horribly wrong one day before we start taking action? “If we do nothing, at some point things are bound to go terribly wrong,” he asserts. “We are seeing that more and more often in practice as well. There was also a flood disaster here before we started building effective dikes and the delta works. While we knew that we were vulnerable as a country in that respect. We needed a wake-up call. Hopefully that wake-up call now will not be as bad as the flood disaster back then.”

According to Van der Vlugt, not only politicians, but also companies and citizens are responsible for a secure virtual environment. They themselves must also think about data protection and can take their own precautions. “We should not leave the door wide open for criminals to run off with personal data,” he says. For example, he argues that companies should think carefully about which employees have access to what data. Individuals can also do their bit, e.g. by not simply working at open Wi-Fi hotspots and not sharing privacy-sensitive information on social media.

Thanks to technology, the world is getting smaller and smaller and we are increasingly having to deal with other cultures. “We have to be prepared for other countries who may handle digital weapons differently than we in Europe would like them to. If a state utilizes certain technology in a negative way, then we have to be prepared for that so that we have a proper response. That’s why we have got to do a lot of research on that,” van der Vlugt explains.

“One of the important aspects of having a particular weapon, of course, is that it will deter other countries. We saw that with nuclear technology. The whole arms race was based on the fact that countries know that if they push a button to deploy certain weapons, that others can do the same. It could be the same with a cyber attack.” The ways in which war is waged will increasingly move into the digital realm, according to Van der Vlugt. “That calls for a new approach.”