CLAIRE: Connector in the AI Landscape 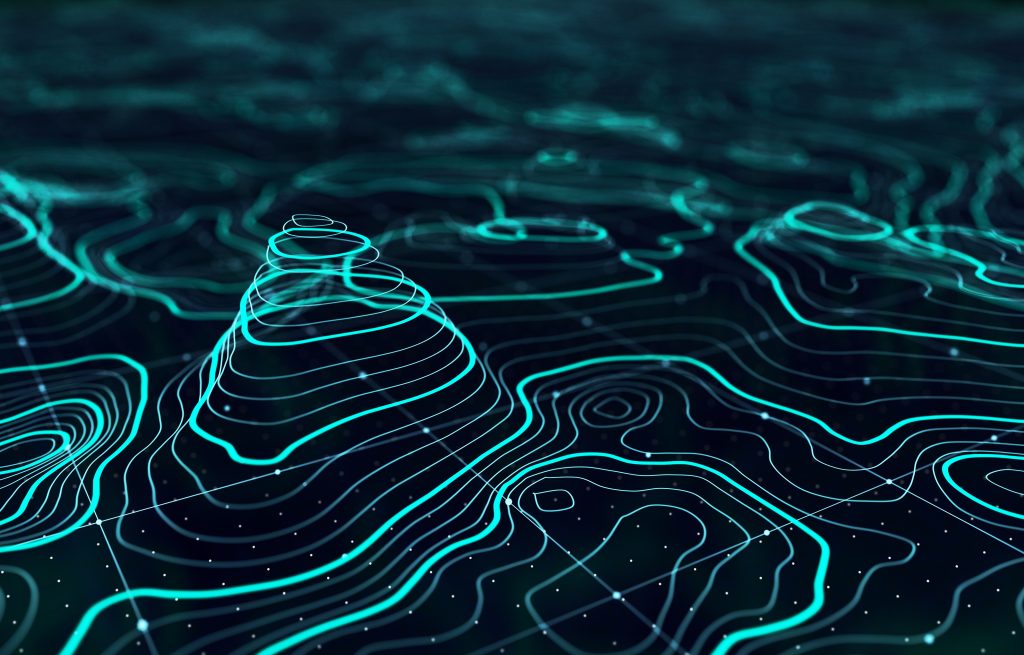 Our starting point is to strengthen and connect existing networks. CLAIRE (Confederation of Laboratories for AI Research in Europe) is an international research network, based in The Hague.

In an interview, Holger Hoos, Co-founder and Chair of the Board of CLAIRE, Professor at Leiden University and recently Fellow of the Association for Computing Machinery (ACM), explains what CLAIRE stands for and what ambitions CLAIRE has to strengthen the Dutch and European AI landscape.

What is CLAIRE and what led to the start of this initiative?

Holger Hoos: “CLAIRE was launched in June 2018, prompted by a letter of intent that had been signed by 25 European countries to increase their efforts on strengthening research, innovation and collaboration on AI, and a subsequent Communication from the European Commission outlining a preliminary AI strategy.

The CLAIRE Vision, unveiled on 18 June 2018 with the support of over 600 leading AI European researchers, offers a concrete blueprint for this, and as of last year, all key elements of this vision have been embraced by the European Commission. The purpose of CLAIRE is to ensure European excellence in all areas of AI, across all of Europe, with a human-centred focus. To achieve this, CLAIRE brings together AI researchers and innovators, organises activities, defines and carries out projects, works with stakeholders in other sectors, and provides guidance to the European Commission, national governments and other stakeholders and decision makers on how to best achieve their ambitious goals for “AI made in Europe”. Within less than three years since it was founded, CLAIRE has assembled the world’s largest AI research network, comprising 390 research groups, laboratories and institutions that jointly employ more than 22000 AI researchers and support staff.”

How did you get involved with CLAIRE?

“I am one of three founders of CLAIRE. We took the lead in developing the CLAIRE Vision, together with a large number of prominent AI experts across all of Europe, and in creating the CLAIRE organisation, whose board I now chair. Since 2018, I am spending a significant amount of my time and energy for CLAIRE, along with the other two initiators, a growing number of staff members, and many volunteers. I do this, because I strongly believe that in order to ensure the success of “AI made in Europe”, we need to bring together the rather fragmented AI research and innovation community, to create critical mass, and to jointly provide guidance to policy and decision makers, to stakeholders across all sectors of industry and society, and to the general public. We need to mobilise people towards values-based, trustworthy, human-centric AI, and we need to inspire them to help us aim for European leadership in this area.”

What is the vision from CLAIRE and what is the ambition for Europe?

“CLAIRE’s ambition is to establish Europe as a global leader in values-based, trustworthy, human-centric AI and as a global magnet for talent in this area. In order to achieve this, CLAIRE pursues a number of measures aimed at strengthening European excellence in AI research and innovation.

The CLAIRE Vision calls for excellence in all areas of AI, across all of Europe, with a human-centred focus. Firstly, AI is a broad field, and Europe has considerable strength in many areas, including machine learning, automated reasoning, search and optimisation, computer vision, natural language processing and robotics, to name just a few. Combinations of knowledge and techniques from these areas are already a major driver for advances and innovation in AI, and they will become even more important in the future. Secondly, to reach critical mass and have global impact, we need to connect and leverage expertise and talent across all of Europe, rather than focussing solely on a small set of countries that have particular strength in AI. Some countries can contribute more fully developed AI expertise, while others have large talent pools – we need them all involved. Thirdly, Europe needs to pursue AI that aims to complement rather than to replace human intelligence – not just because this notion of human-centric AI is well aligned with our shared values, but also because it has the potential for major global impact.

In a nutshell, Europe needs to pursue a vision and strategy for the development and use of AI that is aligned with values shared by European societies and beyond, and that only happens if a conscious and well-organised effort is made in this direction.”

How does CLAIRE relate to other networks, such as ELLIS?

“We cooperate closely with other networks, and specifically, there is significant overlap between the part of the CLAIRE research network focussed on machine learning and ELLIS. Furthermore, we collaborate with ELLIS, the European AI Association (EurAI), the Big Data Value Association (BDVA) and euRobotics in helping the European Commission set up a public-private partnership, or PPP, in AI, Data and Robotics.

The vision and activities of CLAIRE are strongly based on the idea of being united in diversity. There is great value in that politically, across the EU and associated countries, and the same applies to the overly fragmented European AI community. From its very beginning, CLAIRE has reached out to the national AI associations, to national governments and to the European Commission, and CLAIRE is actively engaged in global organisations, such as AIhub.”

CLAIRE is based in the Netherlands with its headquarters in The Hague. How does CLAIRE contribute to strengthening the Dutch AI ecosystem?

“The main way in which CLAIRE contributes to the Dutch AI ecosystem is by strongly connecting it with the larger European context, by increasing its visibility and amplifying its impact within that larger context. Considering the competition from China, the US and other major players, this is the best way for the Netherlands to have global impact in AI.

By locating its headquarters in The Hague, CLAIRE has already substantially increased the international visibility of the Netherlands with regard to AI activities.

CLAIRE vigorously pursues the goal of creating and developing a comprehensive network of stakeholders in human-centric AI across Europe, in order to strengthen the research and innovation ecosystem through the sharing of expertise, of best practices and of an ambitious common vision. For the Netherlands, this will result in improved connectivity with stakeholders elsewhere in Europe.”

What could the Netherlands do better than other (European) countries in terms of building an AI ecosystem? And what do you see as the strengths of the approach in the Netherlands?

“The Netherlands are hitting above their weight in AI, there is a lot of strength in Dutch AI, relative to the size of the country, its population and its economy. The Dutch approach to AI is pragmatic and rather inclusive, which sets a good example for the rest of Europe. There is substantial support for AI research through the recently funded, 10-year NWO Gravity Programme in Hybrid Intelligence. Unfortunately, this does not compare well with the AI research funding provided by other European countries, nor is it sufficient to position the Netherlands for continued success in this area, but it is a good starting point.

Dutch universities not only have considerable strength in AI, but they are also very attractive for international students, due to the quality and accessibility of their educational programmes. Especially following Brexit, this could create a major draw of talent in AI to the Netherlands, if it weren’t for the fact that the working conditions offered to AI professors and researchers in public institutions in the Netherlands are no longer competitive with those found in European countries whose AI strategies place a major emphasis on this aspect – notably, Germany.

Finally, Dutch industry and public administration are among the most “AI-ready” in Europe and are poised to benefit from this – especially, as the COVID-19 pandemic causes substantial acceleration in the uptake and deployment of AI. If leveraged in the right way, this could establish the Netherlands as a global leader in certain types of AI applications, and in the research that fuels those applications, but this will require swift and determined investments, not only by industry, but also by the public sector.”

How can Dutch organisations, such as knowledge institutes but also companies, improve their position to participate in international research projects?

“Firstly, by joining the CLAIRE research network (for knowledge institutes) and innovation network (for companies) – this will connect them with peers throughout Europe and make them part of CLAIRE’s activities aimed at creating consortia that apply for EU funding, but also at guiding the European Commission and other European institutions in developing future funding programmes. Within these networks, they can then play active and visible roles – which, considering the strength of Dutch knowledge institutions and companies in AI and related areas, should come quite naturally.

Secondly, by lobbying the Dutch government to implement an ambitious, comprehensive and well-funded AI strategy, similar to those that are already showing major effects in neighbouring countries – effects that, unfortunately, so far tend to weaken rather than improve the Dutch ecosystem, by drawing crucial talent and expertise in AI away from the Netherlands. This really is an area of great concern, and action is urgently required. Of course, support for CLAIRE’s activities should be part and parcel of this strategy, considering the leadership role of CLAIRE in the European AI ecosystem and its strong anchoring in the Netherlands, and specifically, in The Hague. “

Overall, the Netherlands is well positioned for impact and success in AI, as is Europe as a whole. The Netherlands AI Coalition and the NWO Gravity Programme in Hybrid Intelligence are good initial steps, but they urgently need to be complemented by broader, more decisive action for supporting AI research and innovation in the Netherlands. CLAIRE is well positioned for fostering and strengthening connections in the European AI Research network and to link the NL AIC and its stakeholders to their counterparts across Europe, while the NL AIC is gaining traction in the Netherlands and Europe and can contribute to the goals of CLAIRE.