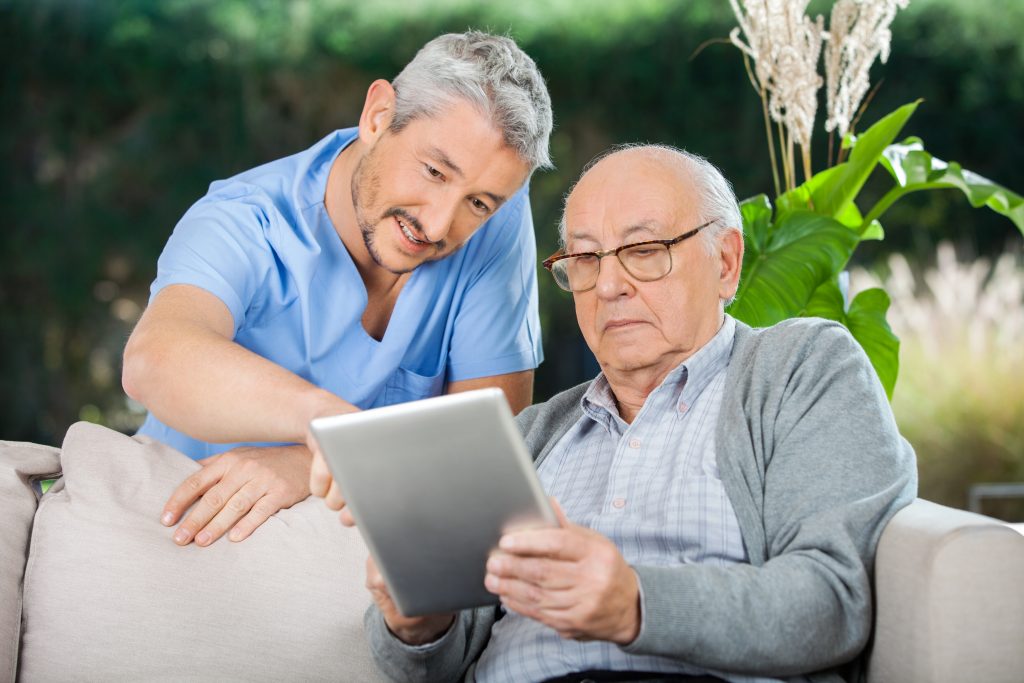 “There are five things you need for a successful AI application,” says Ruben Wegman, the general manager of Nedap. “Technical knowledge, an understanding of the domain, data, cash and entrepreneurship.” Over recent years, the company (formerly Nederlandse Apparatenfabriek) has been focusing more and more on developing and applying software, with artificial intelligence (AI) playing a key role.

Nedap, from Groenlo, refers to itself as a technology company pur sang. Back in the 70s, they were one of the pioneers in the development of radio-frequency identification (RFID), a contactless communications technology that is now used worldwide at a large scale, for instance in the Dutch public transport smartcard. Nedap is one of the companies that joined the Eastern Netherlands AI Hub early on.

“We’re an equipment maker,” says Wegman, “so we’re good at putting things together. We still do, but we’ve shifted more and more from hardware to software. And AI is playing a major role in that.” Various elements are needed for making AI applicable, states Wegman. “First of all, you have to know what you’re talking about when AI is involved – you need enough technical understanding. You need to know your domain as well: you have to understand the finest details of the market in question. Without usable data, you won’t get anywhere – so that’s a third requirement. Financial resources aren’t unimportant either. And lastly, entrepreneurship. You’ve got to be able to come up with scalable proposals and valuable projects.”

Nedap has been increasingly market-driven over recent years. “We keep getting less domain-specific and more hybrid.”

They have set up several market groups, however, of which healthcare is one of the most important. The technology company’s data science manager is Thomas Markus. “The pressure on specialist staff in healthcare just keeps on increasing,” he says. “That can partly be resolved using appropriate training, and partly with technology.”
A prime example is the application called ‘Our Wound Care’, which monitors wounds. “A wound care nurse can use our app to take photos and analyse the wound, instead of having to describe it. The app tracks whether the wound is healing and says whether or not a specialist needs to be brought in. Leaving the analysis to the technology saves time and creates room for greater attention and better care. It’s good for both the patient and the specialist.”

Natural language processing (NLP) is being used increasingly often in the care sector.
“There’s a huge amount of data in healthcare systems,” says Markus, “but it hasn’t always been input in a structured way. Getting that data properly available will make it easier for care organisations to discover trends – whether the numbers of diabetes patients or people with dementia are rising or falling, for instance, or whether the care demand is properly spread across the teams, and any other automatically identified developments that could be associated with that.”

Nedap also developed smart language technology for the care sector, known as FutureType. “It’s a tool for predictive text in reports and patient records,” explains Markus, “in the same way as Google does, making suggestions after just a few words or characters about your search string on the internet: FutureType does that for complex medical texts. The suggestions are also partly based on the person’s care profile, taking due note of privacy legislation.” In the short period that the system has been running, this self-learning system has already meant that doctors and nurses have had to type two million fewer words. “That saves time and cuts down the risk of errors.” In short, AI is helping to improve care.

Setting the limits without hampering innovation

According to Wegman, this is another area where all five elements have to be present if the application is to be successful. “There’s quite a challenge in terms of usable data. As my colleague just said, there’s loads of data in the care sector but privacy considerations mean that by no means all of it is available in practice. That is typically something that hubs, and in particular an overarching one such as the Netherlands AI Coalition, can mean a lot in. You can create the preconditions and define the framework for it all together: we have to set limits without hampering innovation.”

If you are interested in more information about this use case, please contact op the Eastern Netherlands AI Hub.