AI makes driving a car safer, but steering it yourself still feels better 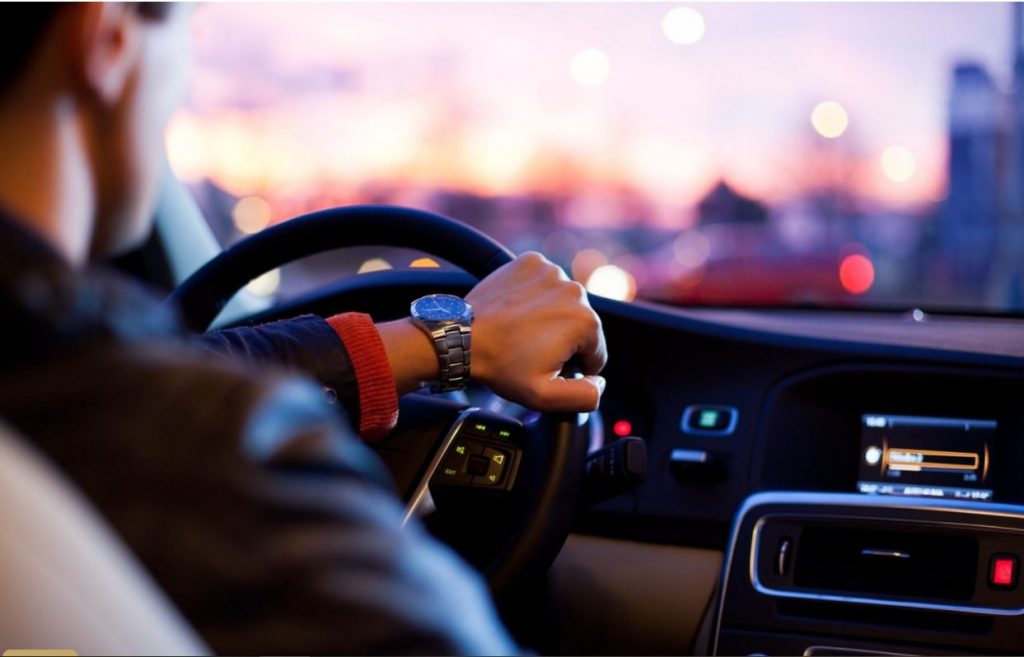 In a series of reports and interviews, we reveal in close cooperation with Innovation Origins, what the average Dutch citizen is noticing when it comes to Artificial Intelligence (AI). How can we, as human beings, keep our fingers on the pulse? Fears, opportunities and dilemmas are dealt with. After all, just as the brain is still the most elusive part of our body, artificial intelligence is still very much an undiscovered country. That our brains control our bodies, is something we have long come to accept as human beings. This is not the case for the way in which AI is gradually taking control of our society step by step. We would love to have a few more hearty debates about that. This article is about AI in mobility.

Sit back and read a book or check your email while your car is driving to your destination. Can you picture it? Or do you find it terrifying? Opinions are divided. In any event, fully autonomous cars are still a while away. In the meantime, the technology is being further improved and the aim is to update laws and regulations accordingly. Besides that, people sometimes find it hard to let go of the idea of having control. After all, you literally put your life in the hands of a driving computer. Yet the underlying technology of autonomous cars – including artificial intelligence – is already making a huge difference.

Safer and cheaper
Traffic accidents cost Dutch society about 15 billion euros a year and traffic jams cost about 3 billion euros a year. This figure does not include any healthcare costs or costs due to emissions. Using artificial intelligence (AI), we can make mobility considerably safer, more sustainable, and more efficient. Not only when it comes to personal transportation, but also in logistics. AI can, for example, predict when maintenance on trucks and passenger cars should be carried out, which could prevent accidents and reduce costs. AI can also be used to plan infrastructure maintenance on time, which in turn reduces traffic congestion.

What’s more, smart systems can monitor electric car batteries. Cars can then be driven and charged as economically as possible. This will lead to a higher number of kilometers driven on a single battery charge as well as a longer battery life.

Advancement
We asked a number of Dutch people how they would utilize AI in the area of transportation. Public transport was mentioned as an area where AI could be useful. “Public transport uses fixed routes, so computers would be able to take over tasks there,” was one key argument. While others see AI primarily as an extension of the human driver. “With a (partly) self-driving car, people with a physical disability would still be able to drive independently,” was often said. Everyone who was asked indicated that they hope that AI would make traffic safer.

The first self-driving vehicles are already on the roads. These often concern vehicles that do not go as fast and drive only in an enclosed area. An example is the HagaShuttle, a shuttle bus that transports people at 15 kilometers per hour. There is no driver present as is the case on buses, but for the time being, there is someone on board who can intervene if needed.

Driving assistant
Self-driving aspects are being designed not only for public transport but also for passenger cars. Many new cars, for example, already have several driving assistants built in. These support human drivers. The most well-known assistant is cruise control, also known as motor speed controllers. Newer versions of this – adaptive cruise control – not only maintain a certain speed but also automatically keep enough distance from anyone in front. Sometimes they already do this by using information from one or more of the cars in front. This makes the traffic flow smoother and more comfortable.

This technique can also be useful in traffic congestion. There is nothing more tiring for people than driving in a traffic jam. A computer, on the other hand, does not lose concentration. That could save a lot of rear-end collisions. Additionally, there are cars that automatically brake when something or someone suddenly appears in front of the car. This driving assistant can also prevent a lot of accidents.

Better traffic flow
In order to really improve road safety with these technologies, all vehicles will have to use them. It will take another five years or so before all new cars have driving assistants, estimates Maarten Steinbuch. He is a professor at the Dutch Eindhoven University of Technology and a researcher in the field of systems and control technology for vehicles and robots. “This kind of technology enables cars and trucks to drive much closer together, which improves traffic flow and saves time on the road,” he says.

At the moment, there are still legal restrictions on the use of AI. For example, you will be fined if you drive too close to the car ahead of you. Whereas if AI were to be used, cars could drive much closer to each other. Traffic flow improves as a result. Getting stuck in traffic and having to brake and accelerate a lot costs a lot of fuel and therefore causes even more emissions. Fewer traffic jams have a positive effect on the environment.

Therefore, a lot needs to change in order to really bring AI in daily practice. Among other things, the Netherlands Vehicle Authority (RDW) is busy working on this. This is going step by step. Next year, DAF will launch the first TWIN Drive on the market. These are two trucks that are electronically linked to each other. This enables them to ‘platoon’, i.e. to follow each other automatically and hence drive closer to each other.

In practice
There are already passenger cars, among others from Tesla and Porsche, that are technically capable of driving partly autonomously. Steinbuch also drives such a car. “It’s nice to see that my car can do more with each software update,” he says. The car also learns from past situations and adapts to them, within the rules that have been set up for this. “For example, the car can now stop itself when it sees that a traffic light has turned red. But in the Netherlands, there are strict rules with regard to (partial) autonomous driving. The driver is allowed to use these functions but has to keep an eye on them and keep their hands on the wheel. In order to monitor this, the driver has to move the steering wheel every thirty seconds to let the car know that they are still paying attention.

Making Mistakes
Because an algorithm can calculate very quickly what the best way to act is in any given situation, an autonomous car will soon be able to make reasonably safe choices. Still, some people do not feel comfortable with it. We asked a number of people if they would get into a self-driving car. The responses were divided. Most of them thought it should first be proven that it is safe and would not get into an autonomous car at this point. One of the reactions was: “You still hear all too often that it goes wrong.”

As far as Steinbuch is concerned, this is an interesting argument. “We generally react more ona an emotional level when technology makes a mistake than when a person makes a mistake,” he notes. “A laptop may get stuck, but for many people it’s unacceptable if a self-driving car makes a mistake and causes an accident. And that while people are constantly making mistakes in traffic.” This is why researchers are working hard to make the software and algorithms in cars as robust as possible. If a certain part of the technology no longer works, a backup must be activated immediately.

Data
A lot of data is needed to train driving cars properly. Steinbuch believes that self-driving cars need to learn from human behavior. “The autonomous car needs to understand very clearly what is going on around it and what other road users are about to do,” he adds. ” Using specific software, you could deduce from camera images how a person who wants to cross the road will behave. The translation of that behavior can then be used by the car in its decision-making process.” As such, the algorithm uses the behavior of people as a basis for driving and learning further.

How long it will take before the fully self-driving car is on public roads is something that Steinbuch doesn’t dare estimate. But that there will ever be such a self-driving car, especially on the highway, is beyond doubt. “Autonomous driving brings people a lot of comforts and convenience, it improves traffic flow and makes traffic safer.

Mobility and AI within the Netherlands AI Coalition
The Dutch economy is largely driven by mobility, transport, and logistics. That is why the Netherlands AI Coalition has set up a special Mobility Working Group for this purpose. Under the shared leadership with Margriet van Schijndel, program director of Smart Mobility at the Eindhoven University of Technology, the working group wants to set up partnerships between the government, the business community, and the universities. They are setting up projects together to carry out research and tests. The utilization of AI improves accessibility, makes mobility more sustainable, and reduces the number of accidents. AI can also improve the efficiency of logistics. To achieve this, the Dutch AI Coalition is working closely with the regional ecosystems. The Brainport region focuses on smart and sustainable mobility.

France and the Netherlands join forces for long-term AI cooperation

Robot journalists make inroads in newsrooms, but not without human colleagues

AI makes driving a car safer, but steering it yourself still feels better

Mobility, Transportation and Logistics and Societal acceptance and inclusion

Agriculture and Nutrition, News, and Societal acceptance and inclusion

Research by McKinsey: Economic and social opportunities of AI for the Netherlands

A generic data sharing infrastructure for AI at your fingertips

News and Societal acceptance and inclusion