ELSA Lab Networking Project: because learning from each other is essential 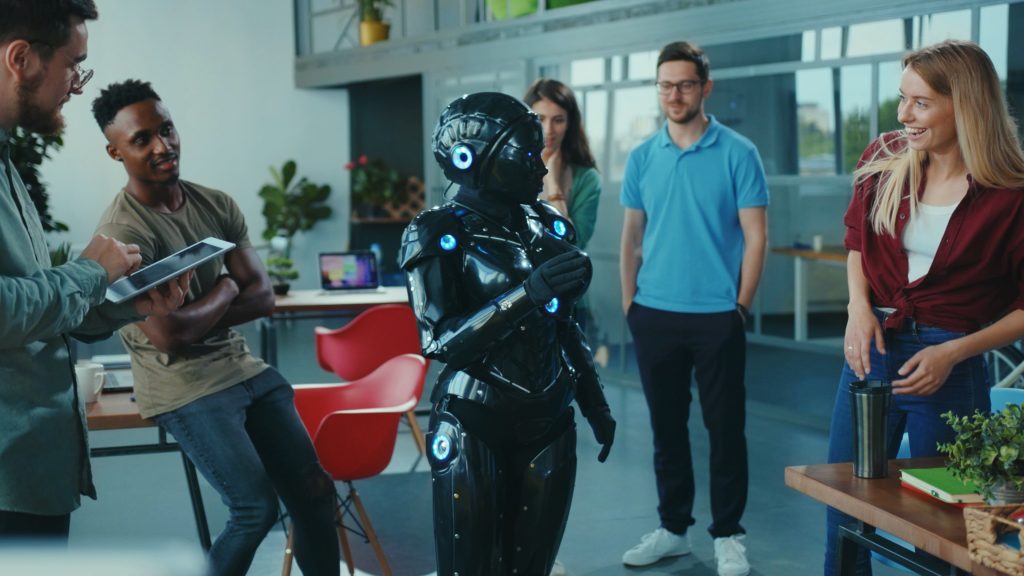 To ensure that companies, governmental authorities, centres of expertise, civil society organizations and the general public develop responsible applications of AI jointly. That is the purpose of the ELSA Labs: they focus on various social challenges, using practical cases to develop AI applications step by step that are fair, equitable, safe and reliable. This is all aimed at achieving human-centric AI. And that comes through trial and error, so it is a matter of learning.

The first five ELSA Labs, which started up this year, immediately went into learning mode. It is important that those pioneers (as well as all the ELSA Labs yet to be started) share their new insights among each other, but that will not simply happen. That is why ELSA Lab Networking Project was set up. Funding has now been secured and this overarching network will launch officially from 1 January 2023.

The ELSA Lab Networking Project is led by Mirjam Plantinga (chair of the Northern Netherlands ELSA Lab, which focuses on responsible development and implementation of AI applications in healthcare) and Maurice Groten (programme manager of the Brightlands AI Hub, a Limburg-based alliance of companies, centres of expertise, governmental authorities and social organisations that uses AI to tackle social and business challenges and which is a partner of the Netherlands AI Coalition, the NL AIC). So they are the ideal people to briefly outline what the network is going to look like.

“Each ELSA Lab focuses on its own application area, which results in major differences between the labs,” says Groten. “For example, the challenges for developing human-centric AI are completely different to those for the financial world. The trick now is to make sure that despite these substantive differences they do not become isolated units and that they are instead given ample opportunity to exchange knowledge that will help to put the basic principles of the ELSA concept into practice. So it’s primarily about the ethical, legal and social aspects.”

“To work well together and make sure that the results can be widely applied, the first thing we need is a common language and way of working,” says Plantinga, “which is why we are now working on a blueprint for that. Our primary focus is on four aspects. To begin with, it is important for ELSA Labs to know which collaboration principles are successful. For the first time, this is also about collaborations that expressly involve the general public, so we are pretty much trailblazing. What works and what doesn’t?”

“The second point we focus on is the method. What are the labs doing to add substance to the ethical, legal and social aspects? For instance, there are ELSA Labs that also involve artists and psychologists in the development of AI applications. It is interesting for other labs to hear how much their input has led to new insights. Another very important point: will the ELSA Lab manage to make the desired impact? That is therefore the third focal point. And finally, we have a look at how those labs can grow into centres of expertise that will continue to play an important role in the future.”

Meetings and gatherings also play an important role in all of this, preferably IRL meetings where the participants are all at the same location, because this works better than online conferences when exchanging knowledge and experiences. It is not merely about live events at which participants in the various ELSA Labs meet up, but also about events for the general public. Visitors can find out what is happening in human-centric AI and are given the opportunity to give feedback to those developments. To develop this further, we will build on the AI Parade.

A forum for knowledge exchange

In time, once the ELSA Lab Networking Project has given a good idea of what works and what doesn’t, international conferences will follow. “But before that, we must first build strong foundations for exchanging knowledge that we can build on top of,” explains Groten. “And thanks to the new network, we are creating a platform for sharing the ELSA Labs story with the world at the same time.”

The goal of all of this is to make clear that it is possible to achieve human-centric AI step by step – not merely by talking about it but primarily by acquiring practical experience and sharing the understandings gained with each other, including with future ELSA Labs. That needs time, which is why the ELSA Lab Networking Project has received funding for six years.